One of the most renowned Fuji superstar, Pasuma is here with a brand fascinating song titled “Amen”. He features Nigerian trending music star, Davido to lighten up the song.  to make 2019 a meaningful year. The new record is titled “Amen” and he features the baddest, Davido.

Wasbar record boss teams up with DMW boss Davido to excite the fans with this prayerful song. Rexxie, was responsible for the production of this astounding soundtrack. This song is a follow up to his first pop song, “Eko Ile”.

Wasiu Alabi Odetola, professionally known as Pasuma (Oganla one), is a Nigerian film actor and Fuji musician. He is also known to be a philanthropist. Pasuma has released many hit songs (both Fuji and Hip Hop). 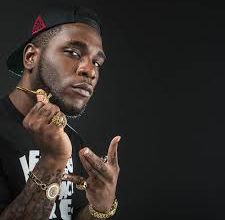